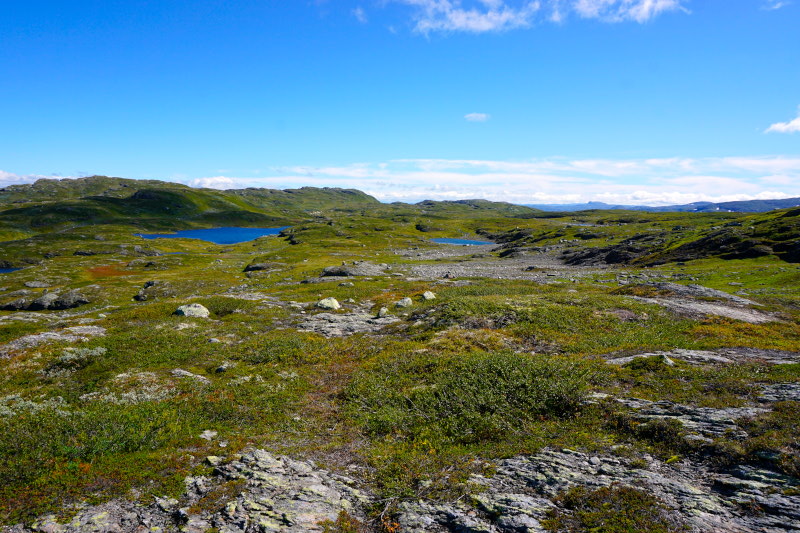 On the way to the next campsite, we used a ferry connection for the last time before we went through the Lærdalstunnel once more and shortly after that through the 11 km long Gudvangentunnelen. A number of other tunnels followed, as well as a short stop at Tvindefossen. Shortly afterwards, we were to “encounter” something completely unexpected, which we would never have expected. As we know by now, the Norwegians are excellent at building tunnels and there are roundabouts on almost every “corner”. 😀 So why not combine both – a roundabout in a tunnel! But as soon as we had passed this, the tunnel ended and the road went straight into the Hardangerbrua, Norway’s longest suspension bridge. At the other end, we immediately entered another tunnel and drove through the next underground roundabout. It was a real pleasure to be able to drive on such roads.

After we had “settled in” at the campsite, we drove the Hardangervidda National Tourist Route that day. Once again, this was right on our doorstep and the great weather had to be taken advantage of. Hardangervidda is Europe’s largest Fjell and is framed by high mountains and the Hardangerjøkulen glacier. Plus the impressive waterfall Vøringfossen and another demonstration of this country’s tunnelling skills (see route map).

The following day we walked along the edge of Hardangervidda National Park to Valurfossen. On the way, we passed some high moors, where we noticed a lot of yellow-orange cloudberries. We had seen the so-called “Arctic raspberries” many times before, but here they were finally ripe. So we picked & snacked on several handfuls of these extremely vitamin C-rich berries 😉

With stops at the double waterfall Låtefossen and the 612 m high Langfossen, the following crossing was a bit more interesting for us.

We were now heading into the Setesdal valley. The destination was Rygnestadtunet, one of the best-preserved and oldest farm complexes in Norway. From the Middle Ages (parts of the buildings date back to the 12th century) until the beginning of the 20th century, this property was farmed. Unfortunately, the summer season was already over here and we could not enter the houses. Instead, we enjoyed a “second breakfast” in the form of raspberries. There were lots of wild raspberry bushes growing along the road to the farm. 😛 Afterwards we left the valley again and finished the day with a fantastic hike on the Hardangervidda. Absolute silence, solitude and an eternally wide view over the barren Fjell, really something to “switch off your head” (in contrast to the mountain climbs 😉 ).

We admired Norway’s largest stave church in Heddal on the way to the (probably) last Norwegian campsite of our trip.

In the surrounding area, we visited sites related to the recent history of the kingdom. First we visited the Fredriksten Fortress, built in the second half of the 16th century. Until Norway’s independence in 1905, it was besieged 6 times by Swedish troops, but never conquered. We then drove to the former fortress town of Fredrikstad and strolled through its historic centre, Gamlebyen.

The following day we hiked in the Swedish national park Tresticklan (the campsite was only a few kilometres from the border) over flat rocky peaks with clearly recognisable grinding marks from the glacial ice of the Ice Age. Scandinavia’s largest rock carving discovered so far (4×1.5 m) in the shape of a ship caught our attention on the way back.

The chapter Norway is closed for us for the time being. But you can look forward to a few more reports from Sweden. See you then. 🙂 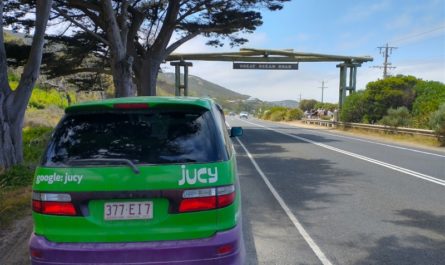 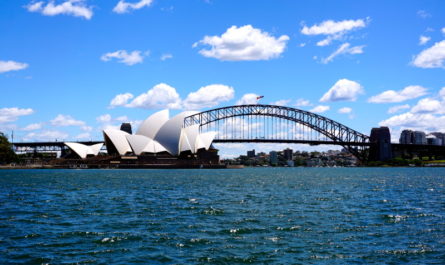 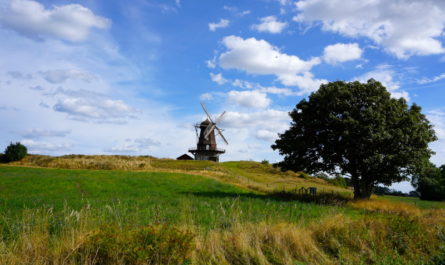