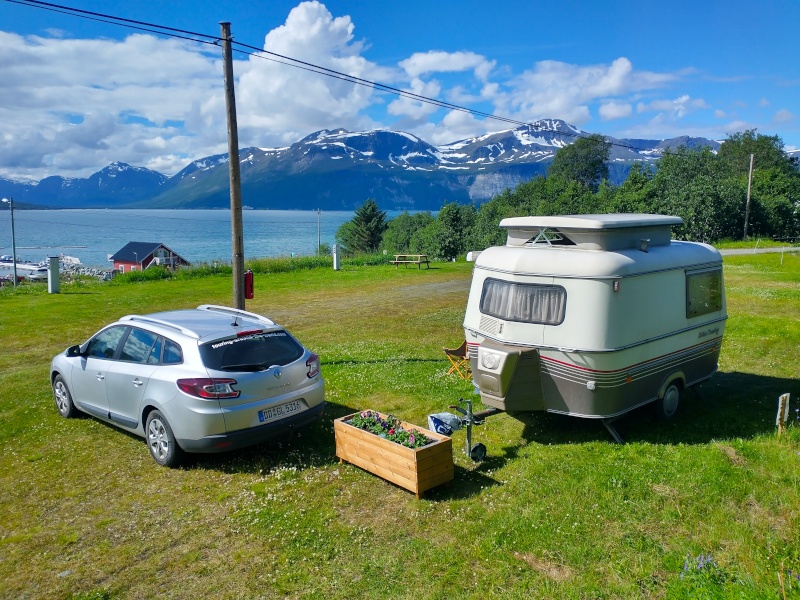 Now we went to Alta for 2 days. Here we first looked at the rock art, which is listed as a UNESCO World Heritage Site. These are rock carvings on bare rock. The rock, which is now grey, was still red at that time (due to iron components) and the carvings “appeared” grey-white. They were always made near the beach or shore over a period of about 5,000 years, the oldest of which can be dated to over 7,000 years ago. Among the 6000 figures discovered to date, the highest (and thus logically also the oldest) is now 25 metres above sea level. Until a few years ago, the carvings were redrawn. But now they are left in their original state or the colour is removed.

The entrance fee also included the museum with an exhibition about the rock carvings and the turbulent history of the Alta region and salmon fishing. The special exhibition “natural born killers” in the next room caught our attention afterwards. All the predators found in Scandinavia (of the mammal class) were displayed here with their typical prey. A sight that is quite unusual for museums. But for that very reason it was very exciting.

The next day was again dominated by the spectacular nature of Norway. On the hike to Sautso Canyon, we had to find a way over rocks every now and then to cross smaller rivers. The view into Scandinavia’s largest river canyon was overwhelming. We stood speechless at the approx. 330m high break-off edge of this 15km long and up to 500m high canyon.

On the following crossing to the village of Svensby, we not only looked at the impressive mountains of the Lyngen Alps, but also travelled on a Norwegian ferry for the first time. Thanks to Sven, we had already “registered” our vehicle in Norway and so not only was the use and payment of the ferry trip relaxed, but we also saved money at the same time (50% thanks to the Norwegian ferry card). 🙂

Almost exclusively over stones, in all shapes and sizes, we hiked the following day to Blåisvatnet, which is fed by the glacier Lenangenbreen. Glacial lakes get their intense colour from the suspended matter dissolved in the water.

New day, next hiking destination. The Gorsabrua was waiting for us. It spans the Sabetjohk Gorge, which is up to 153 metres deep and only 55 metres wide, and offers not only a breathtaking view into the depths, but also of the 140-metre free-falling Gorsifossen. After a relaxed lunch break right next to the bridge, we set off on the return leg of our round trip. While the ascent in the morning was more or less as expected, the way back to the car unfortunately turned out to be long and exhausting. The reason for this was the bridge to the car park that had been washed away. Despite several attempts to cross the river at some point, we had to admit that nature had beaten us today. So we hiked further down the valley, hoping to find another river crossing. The result was a diversion of about 10 kilometres (and thus 2 hours) to the car. And we were only 100 metres away from it. But unfortunately on the wrong side of the river. 🙁

We continued on to the island of Senja. As soon as we arrived, two moose “greeted” us in the middle of the road. Unfortunately, they were gone too quickly to take a photo 🙁 By the way, we had all our moose encounters on rainy days and on roads with normal traffic. But somehow this is logical, because there is no real twilight in the summer months in northern Scandinavia. Fortunately, we had another “sight” in sight directly from our campsite. The ships of the famous Hurtigruten line. Two of them sailed along here almost every day.

Our drive on the Senja tourist road the next day was unfortunately rather disappointing, with the weather doing the rest.

After a “rest day” on which it rained almost continuously, we were finally able to tackle the planned hike in Nasjonalpark Ånderdalen. The path to the lake Åndervatnet was very muddy in parts, but that’s what good hiking boots are for 😉

Look forward to the next report! 🙂 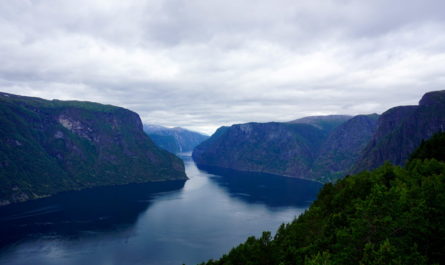 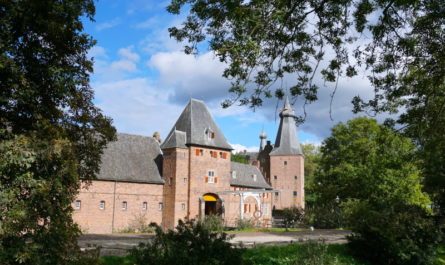 The next kingdom awaits 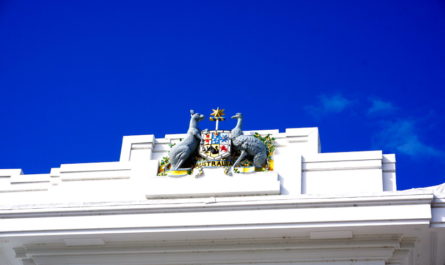